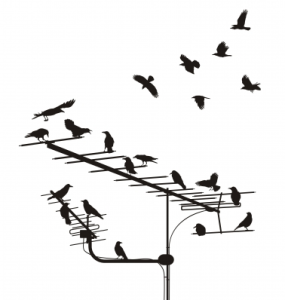 If you read the previous 4 parts of this series, you will remember my quest to cut the cord (disconnect traditional cable TV). The plan was to imulate as closes as possible a solution that included a 1) broadcast antenna for local service, 2) Streaming services such as Netflix, Amazon and Hulu (currently the big players in this space) and 3) Simular to #2, in that it includes streaming video, but from sources such as You Tube, and other individual content providers such as CMT, CNBC, MSNBC and 4) some sort of DVR to allow for time shifted viewing (something the cable companies got us to like). So here we are, over 4 years later and I still hadn’t done it cause  I  just wasn’t happy with my solution as well as it didn’t pass the wife test. Until now!!!  I had tried one brand of OTA DVR, but it just didn’t have the response, nor did it have a good 14 day schedule. So after much deliberation, I purchased the TiVo Bolt. For three reasons, 1) it had all the time tested feature sets that TiVo has refined over many years, 2) the Bolt will be their premiere product as they phase out the Roamio, so all their development will go toward their newest product and 3) it had enhanced feature that recognize streaming video sources  more than the Roamio:

So lets look at how TiVo Bolt answered my questions/problems identified in my previous post.

Next time we will look at the costs and payback

Image courtesy of [Vlado] at FreeDigitalPhotos.net